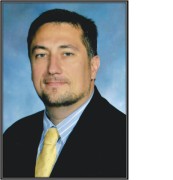 After graduation, David practiced law at the Clarksville lawfirm of Batson, Nolan, Brice, Williamson & Girsky for three years, before returning to his hometown area to join the Columbia lawfirm of DuBois & DuBois, P.C., where he became a partner in 2006.  In April of 2012, he founded the Law Firm of David A. Bates in Williamson Co.

David and his family are active members of their local church. David is also a member of the Maury Co. Board of Education, and served as Chair from 2015 to 2017.  In additon, David has served as President of the Maury County Chapter of the Tennessee Bar Association’s Young Lawyer Division, President of the Maury County UT Alumni Chapter, and Chair of the Agri-Business Committee of the Maury Co. Chamber and Economic Alliance.  He is also a past graduate of Leadership Maury, and has served on the Boards of the United Way of Maury County, Kiwanis Club of Columbia, the Young Lawyer Division of the Tennessee Bar Association, and the UT Alumni Board of Governors.

Keaton grew up in the Franklin, TN area. He attended high school at Ensworth High where he played basketball and football. Keaton was the captain of a state championship basketball team and received the City Civitan Sportsmanship and Leadership Award for Tennessee in 2009. After high school, he attended the University of Alabama, where he graduated with a degree in Finance, while being named to the dean’s list in multiple semesters for academic excellence. While at Alabama, Keaton served as a Baptist Campus Intermural leader, where he oversaw over forty sports teams.

Keaton obtained his law degree from Belmont University in 2016, where he was involved in the Health Law Society, Christian Law Society and the American Inn of Court. During law school he worked with in-house counsel at large Healthcare companies including Vanderbilt Medical Center, and Change HealthCare in Donelson.

When Keaton is not practicing law, he can be found enjoying bass fishing and duck hunting on Kentucky lake. Keaton is also PADI certified and enjoys scuba diving, hiking and rooting on the Crimson Tide.

Saturdays, by appointment only